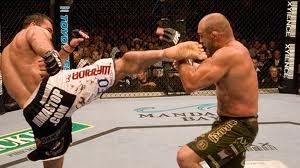 "I probably shouldn't have opened with that new thing I haven't practiced yet."

"Man, how many black guys are on this show?"

"How long have I been up here?"

"I could finish now, but I'm having fun. What's the harm in going a couple extra minutes?"

"Man, I hate those guys who are nothing but high energy."

"I love and hate this job at the same time."

"Are they giving us a hotel room?"

"I can't believe I get paid to do this!" 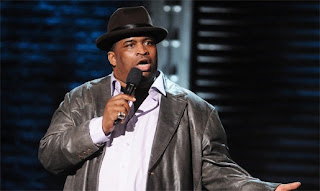 Check out this link for information on how to get Dan's Dating for Shy Guys ebook
Posted by Dan_Brodribb at 10:13 AM No comments:

Tuesday before breakfast, my mother told us: I think if I needed away to kill myself, I'd walk out into the winter snow and lie down.

Right now there are several billion people on the planet. In a hundred years, nearly all of them will be dead.

I will be dead. Everyone I know will also be gone: my friends from high school, the drivers of the cars that pass my apartment window, Even my nephew, who is only seventeen months old.

Barack Obama and George W. Bush. Chris Brown and Rihanna. Bill Gates, Billy Bob Thornton, and Billy Joel. All the judges and contestants on American Idol and the woman who played Charlotte on Sex and the City. The guy who fixed my tap. The three teenagers swearing too loudly by the mall exit and the woman with the baby carriage shooting them dirty looks.

In a hundred years, people will have died who have not even been born yet.

Death can happen at any time.

That kind of freaks me out. How am I supposed to be ready? If I’m going to die, I want to be dressed appropriately.

Considering that it happens to everybody, there sure isn’t a lot out there about dying. You would think since we only get once chance at it, people would want to practice at least a couple times to make sure they get it right when the time comes.

Then again, all of us are born, but if watching my nephew is any indication, a lot of life doesn’t come naturally either. It’s confusing and it takes some time to figure out: Shapes! Gravity (Ow!)! Applesauce (Yum)!

It’s fun to watch my nephew work his way through figuring out life’s basics. It’s also heartbreaking to watch him suffer, especially when he has no idea why. He doesn’t know what sick is. All he knows is he can’t breathe and his nose is running. The look in his eyes says everything: Why is this happening to me?

At least when we’re born, most of us have people who came before us to help us learn how to live. Of course, what we don’t learn until we become caregivers ourselves is that a lot of raising children is a combination of luck, good intentions, and educated guesswork.

I wonder if we have that with death.

I’m told not to worry. As a practicing Buddhist, there has been plenty written on death and dying in my spiritual tradition so I have plenty of wonderful teachings by many wise and enlightened beings from which to draw comfort.

That said, I can’t help but note that as wise and enlightened as these men and women were, I’m pretty sure they were all technically alive when they wrote their works of staggering insight. I can’t escape the lingering thought they didn’t have a clue what they were talking about.

I suppose time will tell. For all of us.

Check out this link for information on how to get Dan's Dating for Shy Guys ebook
Posted by Dan_Brodribb at 8:37 AM No comments:

Another interesting Buddhism article here. This one's on the relationship between teachers and students.

"...in this tradition, the burden is on the student, and the curriculum is proximity. Come sit with me more often, I said. Spend time with me. Talk with me as much as you want, but if you think I have something that you want for yourself, your best bet is to hang around and see if it rubs off."

I consider myself his student because I admire the way he lives his life.

Check out this link for information on how to get Dan's Dating for Shy Guys ebook
Posted by Dan_Brodribb at 3:14 PM No comments:

Just In Case You Thought Buddhists Were Above This Sort Of Thing...

A number of Buddhist organizations have been rocked by sex scandals recently.

One Zen teacher wrote her thoughts on one in particular and I got a lot out of her take on it. You can find the articles here and here.

Check out this link for information on how to get Dan's Dating for Shy Guys ebook
Posted by Dan_Brodribb at 11:28 AM No comments:

Remember those video games I talked about last post?

Remember the woman who used to live in the apartment next to me that I’ve never mentioned?

She was really good at sex. And she was good at it loudly.

Sometimes both these things would happen at the same time.

Behind door number one is Dan playing Grand Theft Auto, struggling to back his stolen vehicle out from where he has wedged it between a building and a lamppost while enemies pepper him with gunfire.

Behind door number two is Woman having great sex.

I wonder what people walking down the halls would think when they heard the noise.

Ahh Grand Theft Auto. Sometimes I’m so frustrated I just forget about the game and drive around the city listening to the radio and obeying all the traffic laws.

Some guys play Grand Theft Auto for the fantasy of beating up cops and crooks.

For me the fantasy is owning a car.

I liked my loud neighbour, although I don’t think we ever actually met. Some people are bothered by the noise, but I like the sounds of sex…especially if the alternative is couples screaming, children crying, and dishes smashing against the wall.

Sex noises are way better. And I don’t have to worry about at what point to call the cops or child protection.

When I’m single, there’s something comforting about hearing couples going at it. Sex and love are amazing and it’s nice to know that it’s happening even if it isn’t happening to me.

When I have a partner and I hear it…well whatever we WERE doing, there’s suddenly been a change of plans.

Because it’s on now. Put on your orgasm boots, baby, I’m about to make you famous.

Nobody shows up Dan Brodribb on his home ice. Dinner can wait.

I’ve got a better use for that table.

Check out this link for information on how to get Dan's Dating for Shy Guys ebook
Posted by Dan_Brodribb at 11:45 AM No comments: